Back by popular demand, Hen Sapp and Friends! 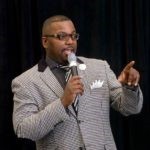 Hen Sapp attributes his comedy ideas to the everyday things that happen around the house. He is an edgy Christian Comedian whom God has anointed, for such a time as this, with a gift to make people laugh. He has been involved in every year of the festival. 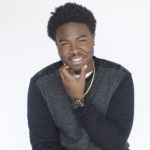 Evan-Tarence is an entertainer, musician, music producer and fresh to the comedy stage. Highlighting family, church and culture, Evan-Tarence reaches broad audiences with his energy and enthusiasm on stage. In 2016,  Evan-Tarence launched DreamStone Productions, a company that influences culture through quality, music, apparel and entertainment while maintaining Christian values. Whether as a cast member on Y&R Radio, an event host, music producer or stand-up comedian, Evan-Tarence strives to use his platform to encourage audiences with laughter. 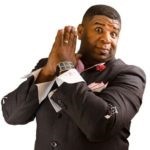 VIP tickets to Hen Sapp and Friends include a PRE-SHOW meet and greet starting at 5:30pm.